HECATE GODDESS STATUE
29.99
Have a Coupon code?
Sign in Coupon code applied will be stored on your account
Subtotal
Shipping calculated at checkout.

Hecate Goddess Statue
Goddess Hecate is known as the: 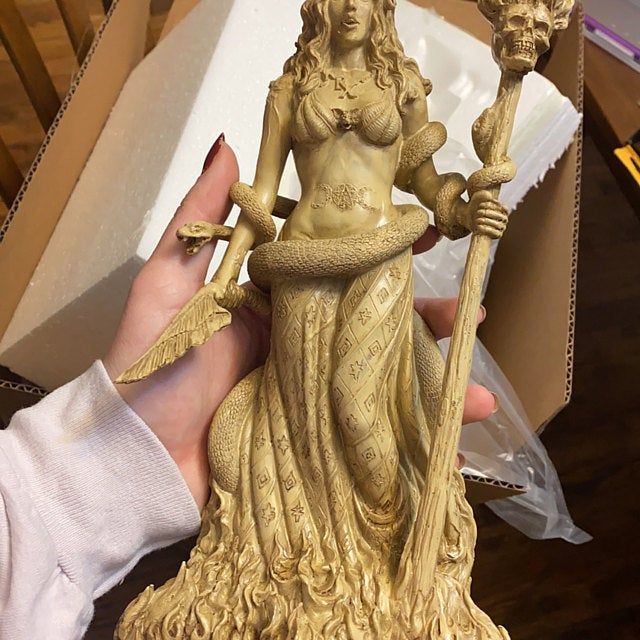 Here she is depicted standing on flaming crossroads with her skull torch, birthing knife, serpents and wearing a crown. The Pentagram is on her forhead and the RX around her neck represents her place as a healer. A bat face is seen between her breasts and the Triple Moon Design is on her stomach.
Hecate, a divinity of the Underworld and companion of Persephone, is called the queen of night and the goddess of the cross-roads. Her three faces are turned towards three directions, and her name was shrieked at night at the cross-roads of cities. She is often seen bearing torches, and it is with them that she killed Clytius in the course of the Gigantomachy. Hecate is regarded as supreme, both in Heaven and in the Underworld, and it is said that Zeus calls upon her whenever any man on earth offers sacrifices, and prays for favor. 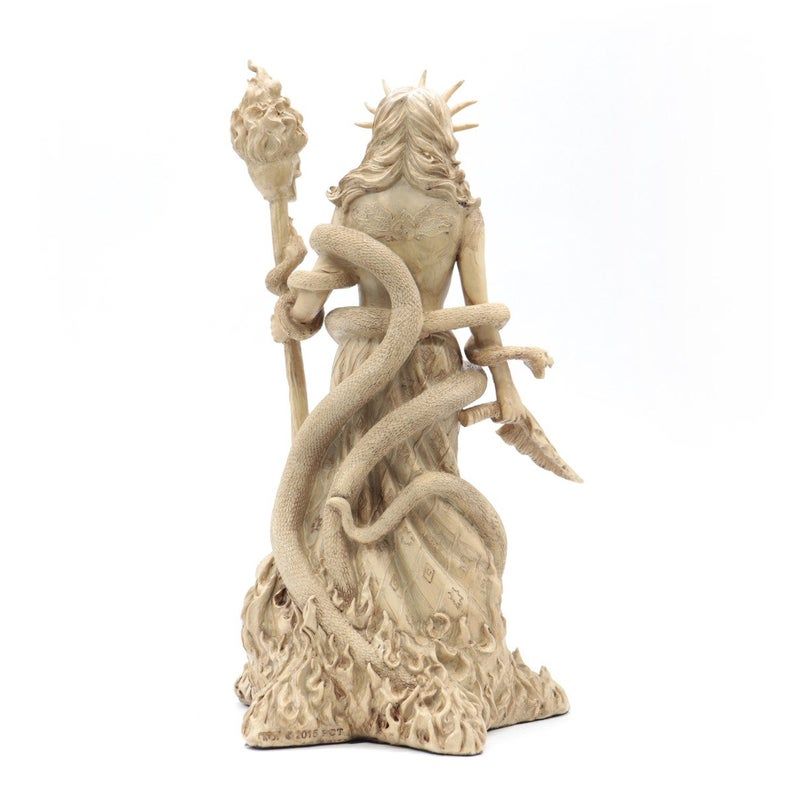 HEKATE (or Hecate) Goddess of magic, witchcraft, the night, moon, ghosts and necromancy.
She was the only child of the Titanes Perses and Asteria from whom she received her power over heaven, earth, and sea. 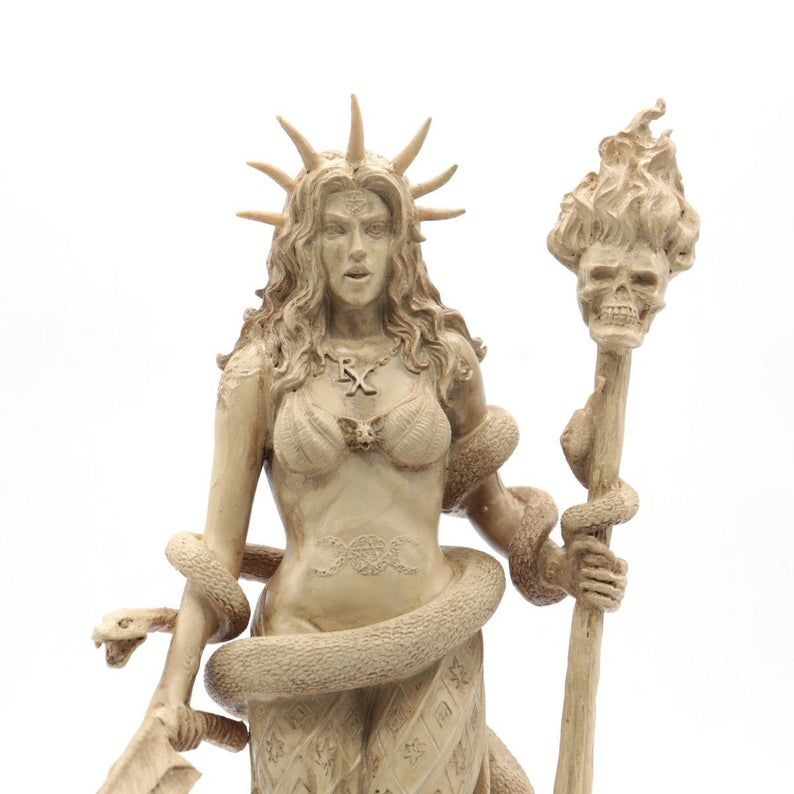 On becoming the ruler of the universe, Zeus did not deprive Hecate of the privileges—concerning earth, heaven and sea—that were her share when the Titans ruled the world before him, but she keeps them just as the division was in the beginning.

This goddess, a night-wanderer, is credited with wit-depriving spells, reminding those of Pan or the Corybantes, but also with power: It is Hecate, some believe, who bestows wealth and grants advances to those whose prayers she receives favourably. Similarly, the outcome of war and victory in games may depend on her, who grants glory to whom she pleases. And to those who work at sea, she gives great catch or takes it away, if that is her will; likewise, concerning herds, she increases their number from a few, or reduces it to be less, following her own will. Hecate, who is regarded as nurse and overseer of the young, is also said to have a part in judgements, when these take place; and in assemblies, she distinguishes whom she will.

Please Note: Photo is taken outside; however, Interior Decoration is recommended with this statue.

THANK YOU FOR POSTING A REVIEW!

We value your input. Share your review so everyone else can enjoy it too.